Fifty years ago in March 1972, a small family business called Yano Shoten run by a wife and a husband was established in Hiroshima. They sold sundries and daily necessities from a truck that they drove through the region. When they arrived at their destination, they unload the goods from the truck and displayed them on plywood boards. They took holidays on rainy days. This so-called street vendor was the origin of Daiso Industries.

When they started the business, the prices varied. One day, there were many customers waiting for them to start selling. Customers started asking the prices of different products, but since there were so many products, it was impossible to look up each price and answer promptly. It was then that Hirotake Yano, the founder, said “They are all 100 yen!” without even thinking. This was the beginning of the business model of 100 yen for everything.

Because of this unexpected event, Yano Shoten started selling everything for 100 yen, but the simple business model turned out to be popular, and their business steadily grew.

Then one day, Hirotake Yano overheard a conversation between customers saying, “Buy cheap and you waste your money.” He was shocked because despite the low price, he did not sell low quality products. Since that day, he made even greater efforts to stock quality goods and sometimes sold them at a loss.

Surprised customers said, “I can’t believe this is 100 yen!” and customers smiled, pleased with the good buy. Such reactions became the driving force of Yano Shoten.

The 100-yen-for-everything business became popular, and Yano Shoten started sales events at supermarkets. First selling at local supermarkets, they were invited to hypermarkets, sometimes in Tokyo. They drove a four-ton truck full of merchandise for more than ten hours from Hiroshima.

In the mid-1970s, there were some “100-yen-for-everything” traders in Tokyo. But products from Yano Shoten were highly rated for consistent high quality and flew off the shelves.

Of course, there were ups and downs, but the gradually increasing number of employees were united in overcoming the difficulties to get on the right track.

In December of 1977, the company changed its name to Daiso Industries Co., Ltd., to reflect the annual turnover target of a hundred million yen.

However, there was always the fear that if they continued doing the same thing, customers would one day lose interest. For that reason, Daiso started event sales with themed corners featuring ingenious products and craft materials and tools. They also started in-house product development.

Then, a leading supermarket heard about Daiso and its event sales and invited them to open a permanent store on the fourth floor of their building. This was the first such store for Daiso, but it became much popular than expected as the origin of 100-yen Shop Daiso. The first directly managed store opened in Takamatsu, Kagawa, in April 1991. From this store, development of a nationwide supply chain started in full swing.

In 1991, the bubble economy in Japan burst. The economic growth that had continued since the end of World War II reached its zenith, and then it took a turn for the worse. As the “Revolutionary Child of Deflation,” Daiso marched rapidly forward as people tightened their purse strings. It is a high level of merchantability that no one can imitate while still priced at 100 yen. The company was a new jewel demanded by an era with an unprecedented long-term recession.

In 1996, Daiso reached the milestone of 300 stores. Only three years later, in 1999, the number of stores nationwide quadrupled to 1,200. At its peak, two new stores opened every day, and more than 60 stores opened every month. Employees, not ever knowing when or where they would be assigned to open a new store, traveled around the country with a week’s worth of clothes in a carry-on bag.

Sales totaled 5 billion yen in 1987 but surpassed 100 billion yen for the first time in 2000. The following year, the company had 2,000 stores nationwide with sales of 202 billion yen. In 1991, when the first directly managed Daiso store opened, the size of the sales floor was only 100 ㎡, but in 2000, when the Daiso Giga Machida store opened, its floor area was more than 6,600 ㎡, with all floors from the first to the fifth occupied by Daiso.

This off-the-charts leap was recognized by the business community, and in 1997, Daiso was awarded the honor of a Company Contributed for Trade from the Minister of International Trade and Industry, followed by the 1999 Venture of the Year Award (Unlisted Category). In 2001, Daiso, which had created excitement throughout Japan, finally decided to venture overseas.

In 2001, our first overseas store opened in Taiwan as a 39-yuan Shop. Because of the huge media coverage on TV and newspapers, the shop became well-known throughout the region, and in the early days, people stood in longs line in front of the store from early in the morning.
In 2002, the second store opened in Singapore with a floor area of 2,800 sqm. The unit price was set at 2 NT dollars. The two-dollar shop became popular, and items flew off the shelves.
Taking advantage of this momentum, a 2,300 sqm store opened in Vancouver, Canada. The unit price was set at 2 CAD. There had been local dollar shops, and we did not know whether Daiso could sell products at the doubled price. But once it opened, it drew a huge number of customers. Three containers full of items that we thought would be enough for a few weeks sold out in just one week.
We had tried to develop products that satisfied Japanese customers, who are known to have a critical eye for quality. As a result, we learned that quality products create demand anywhere in the world. That was a fruitful moment. After this major success in Canada, we received many inquiries from companies worldwide and expanded into regions outside of Asia, including North and South America and the Middle East.

The number of countries and regions where we operated was 10 in 2005, 20 in 2008, and 27 in 2020. The number of stores worldwide totaled at 5,741 the same year. From Hiroshima to the world—Daiso has grown into an infrastructure enterprise that supports your life.

We never stopped for 50 years.
One Price is the mission of Daiso.

“I want to sell quality goods that please the customers.”“A big company with annual sales of 100 million yen is what I want to create.” This was stated by Hirotake Yano, the founder of Daiso, in the early stage of the company.
After a half century, let us look at the history and DNA of Daiso.

The Origin of Daiso Industries 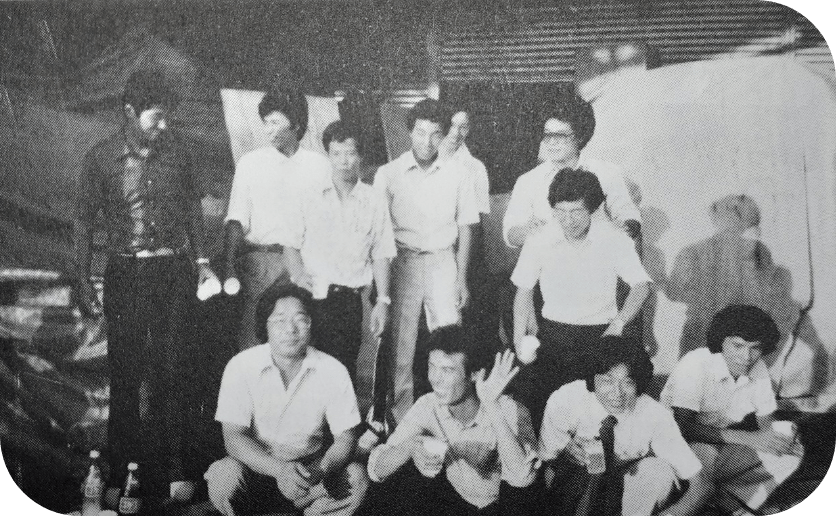 Around the time of establishment in 1972 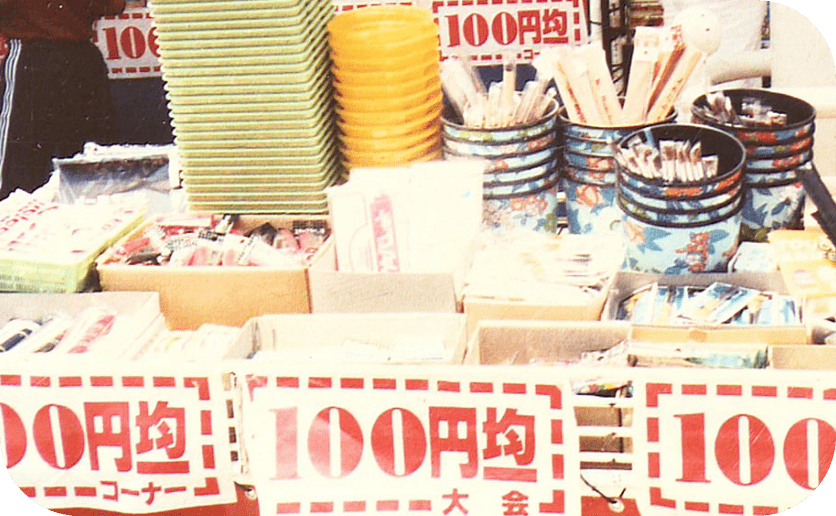 Plaza Accord
Period of Yen
Appreciation

Opening of the
Tokyo Office

Opening of the
Kyushu Office

Opening of the
Osaka Office 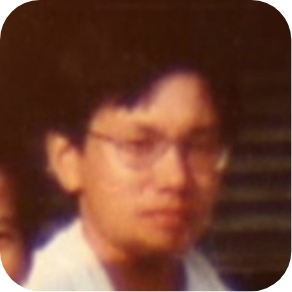 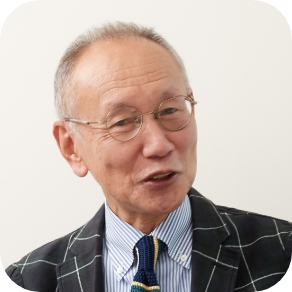 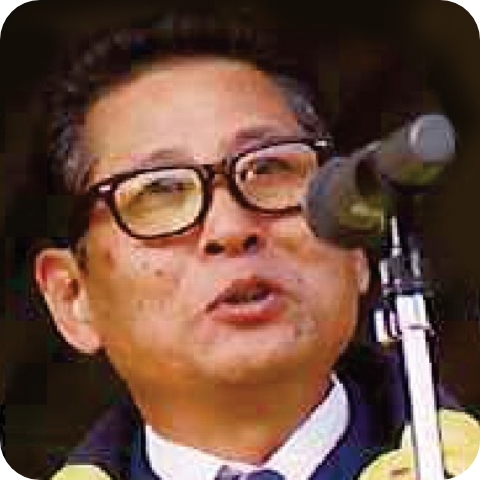 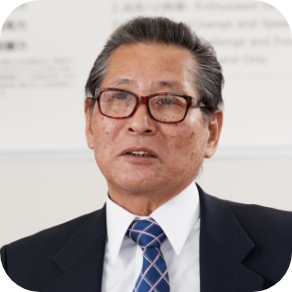 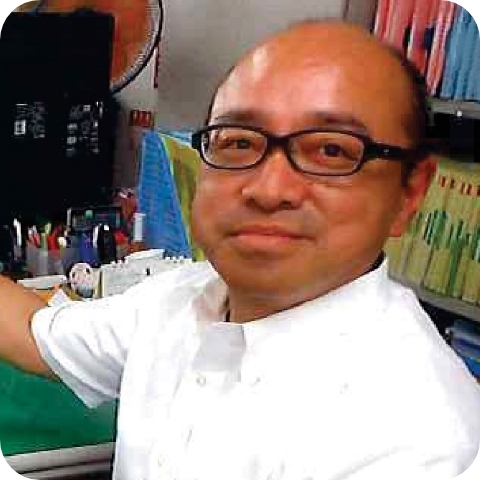 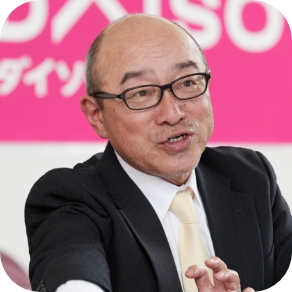 Amazing people who
supported Daiso Ep. 06:
“Then do it” 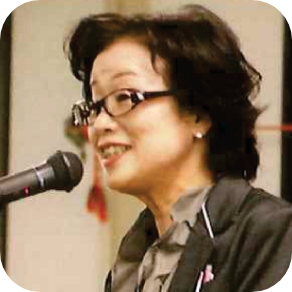 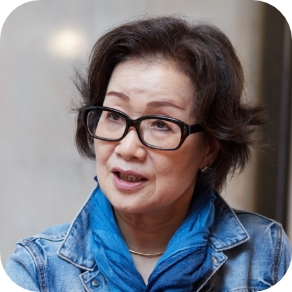 Amazing people who
supported Daiso: Ep. 08:
The people who work at the
site are the strongest ones. 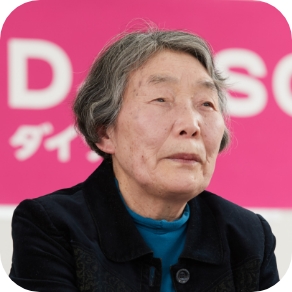 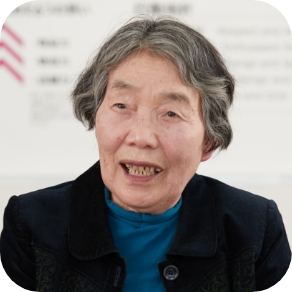 Amazing people who
supported Daiso: Ep. 10:
Let’s do it together 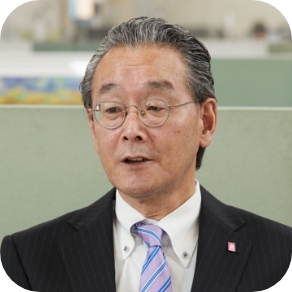 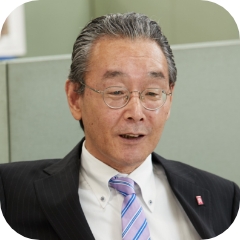 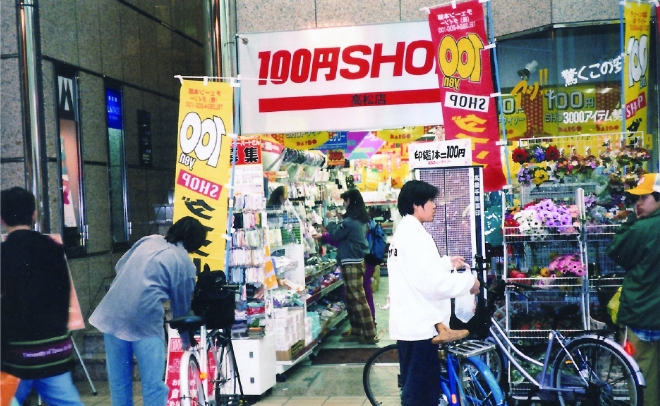 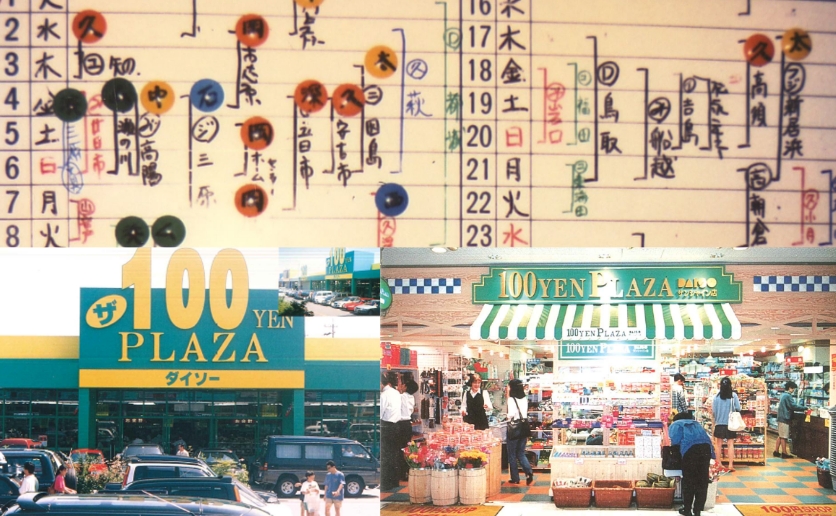 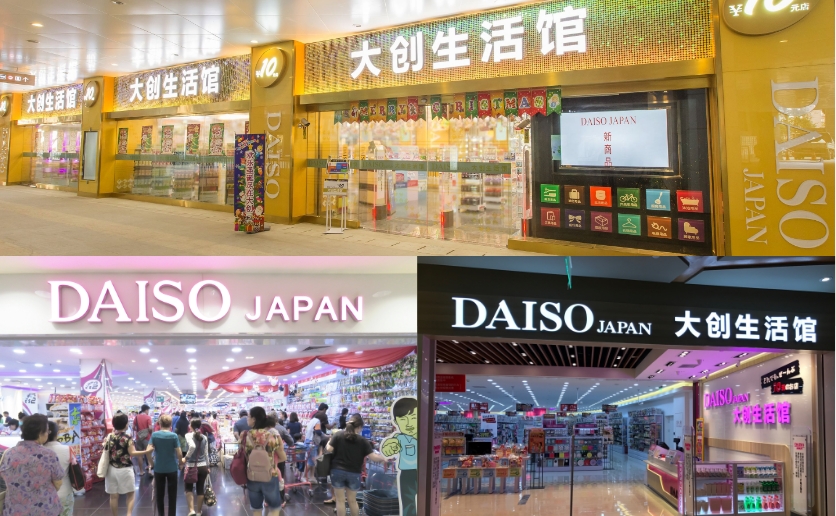 A store opens
in Singapore

A store opens
in Canada 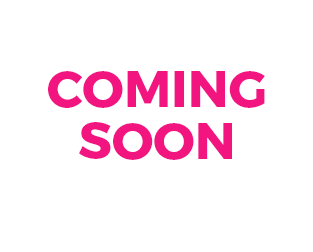